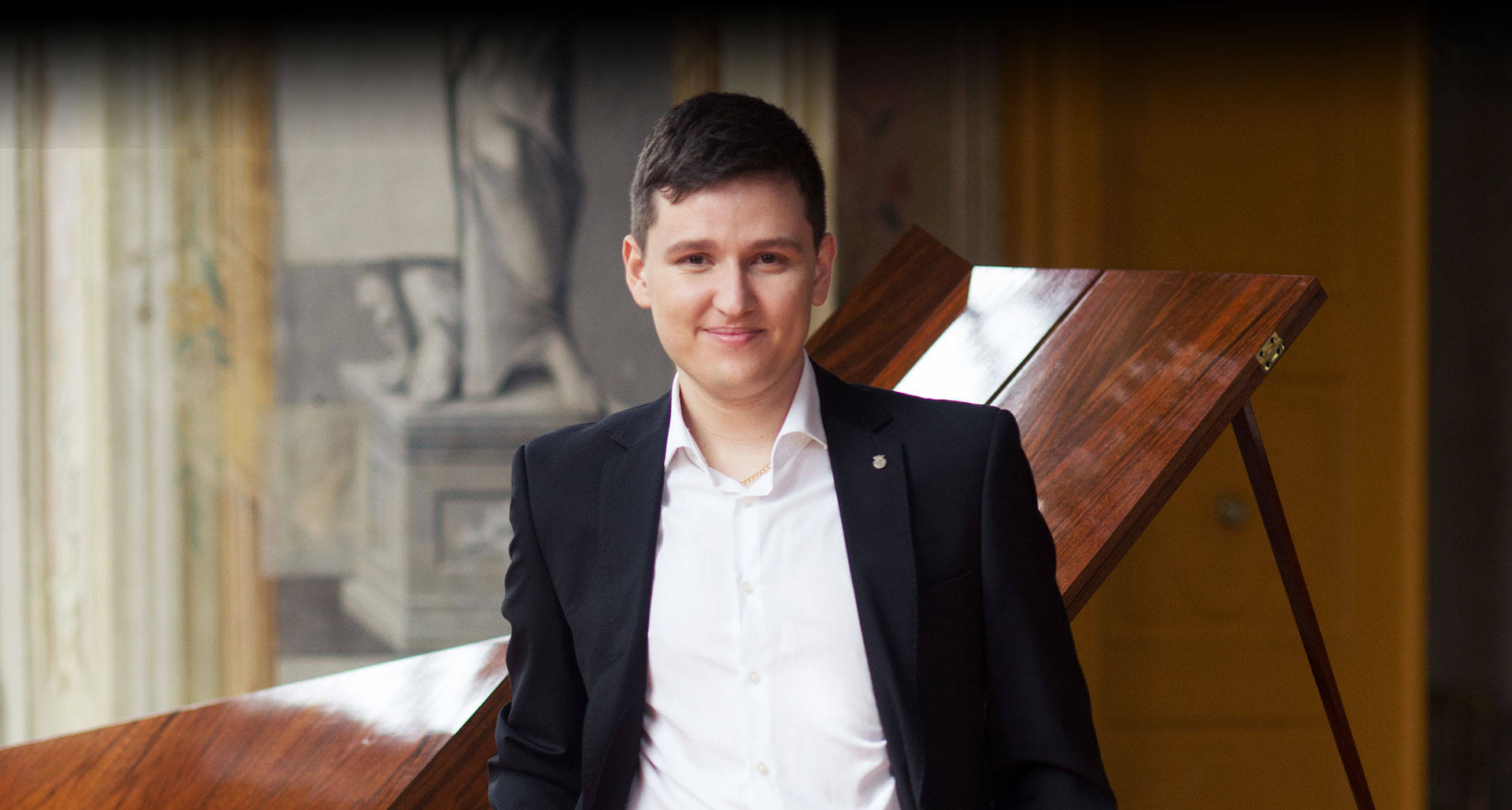 Zsombor Tóth-Vajna, keyboard specialist and conductor, is one of the leading figures of the young musician generation in Hungary. He studied playing the harpsichord and the organ at the University of Miskolc and Ferenc Liszt Academy of Music in Budapest with Borbala Dobozy, Ágnes Ratkó, László Varga and Miklós Spányi as his mentors, where he graduated with the highest honours. He continued his studies at the Conservatorium van Amsterdam and was taught by Menno van Delft (harpsichord, clavichord) and Richard Egarr (harpsichord, fortepiano), and on the organ by the legendary Jacques van Oortmerssen. He also holds a degree in medicine from Semmelweis University, Budapest, where he is currently doing a PhD research programme. He has given recitals in many European countries and in the United States of America as a soloist (harpsichord, organ, clavichord, fortepiano), conductor and as continuo in various orchestras.

Zsombor has participated with András Batta in the production of television and radio programmes by request of the Hungarian Television and Radio, aimed at the promotion of traditional keyboard music. He is the founder and artistic director of Hungarian baroque orchestra Harmonia Caelestis (founded in 2015) in Budapest, and he is a passionate piano four hands player with his partner and twin brother, Gergely.

As an organ player, he is an expert of historical instruments: he played concerts on several important organs such as the famous Christian Müller organ in St. Bavo Haarlem and Waalse Kerk Amsterdam, the Schnitger organs in Hamburg and Alkmaar, and the „Bach Organ” in the Thomaskirche, Leipzig, only a few meters away from the esteemed master’s resting place. As a harpsichordist, he played under the guidance of Sigiswald Kuijken, Richard Egarr, András Keller and Gábor Hollerung. His field of study is the 17th and 18th century English keyboard music.

Zsombor Tóth-Vajna was awarded Semmelweis University’s most prestigious Kerpel Prize in 2013 and was elected among the 50 most talented young Hungarians by the magazine La Femme in 2015. Zsombor also received the grant for the talented youth in Hungary (Nemzet Tehetségeiért Ösztöndíj) and is a member of the first Hungarian Templeton Program as junior fellow.

“Artists are like interpreters. They mediate between the author and the audience in a language they are intimately familiar with, and as the interpreter is free to choose among different synonyms, syntactic tools and so on, so does the artist add their own personality and message to the conveyed piece (while delivering a required minimum of the source material, of course). After all, our goal is this: to communicate through a universal medium that everyone can understand, and this medium is music itself.”(Tóth-Vajna Zsombor)